And The Fed Increases Interest Rates 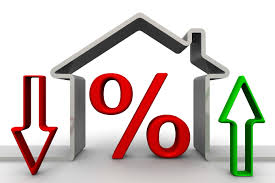 Today the Federal Reserve raised the interest rate benchmark for the third time this year, increasing short-term interest rates by a quarter percentage point from 1.25 to 1.5. The Federal Open Market Committee also raised its GDP from 2.1 in September to 2.5 to date and the inflation forecast has gone up from 1.6 to 1.7 percent. This widely anticipated increase does not come as a shock to many as most people prepare for further hikes in 2018.

Fed Chair Janet Yellen does believe that, should the Congressional tax plan pass, there will be a lift in economic activity in 2018. However, she did warn that the macroeconomic effect of such change is uncertain.

Regarding inflation, which currently stands significantly low at 1.7 percent, Yellen said she “considers it a priority that inflation doesn’t undershoot its objective.” She does expect it to stabilize around 2 percent, but it is abnormally low and the first time it’s been a concern during a tightening cycle.

There’s no telling what the Fed’s plans will be with interest rates given the looming decision to be made on the tax reform bill, but, if they’re currently seeing it as a positive, than we’re likely to see more increases in the future. That being said, should they seem less-optimistic about the bill once passed, that could hold rates where they are.