Are We Amidst Another Bubble 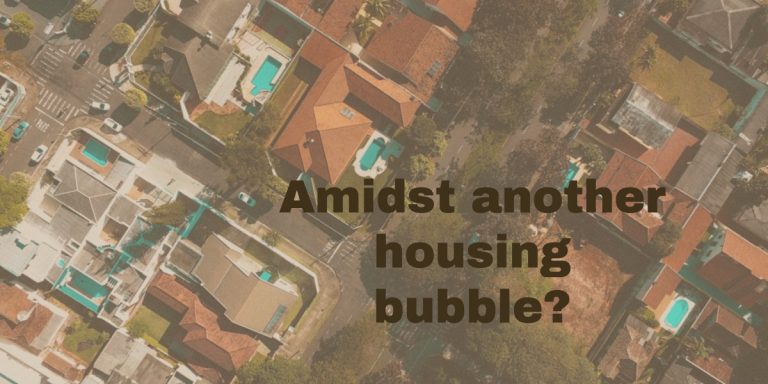 Let’s be clear: following a brief pause after the first-time homebuyer tax credits expired, California has experienced robust, consistent home price growth for nearly 6 years—68 months of consecutive year-over-year growth at the time of this writing. That is welcome news following the devastation that followed the housing collapse. Indeed, after peaking at nearly $600,000 in 2007, the statewide median price plunged 59% to just $245,000 by 2009. Since then,prices have regained much of that lost ground: by October 2017, the median price of an existing single family detached home was back in the $540,000 range. What’s more, the pace of growth has been accelerating through the second half of the year rather than slowing down.That is still 9% below the pre-recession peak price of 2007, but represents a remarkable run-up in prices nonetheless. And, with inventory that is less than half of what is considered “normal,” it has created a favorable environment for would-be sellers in the marketplace. Current estimates are that the typical seller is getting 100% of their listing price—in other words, there is virtually no discounting happening in the market at this point in time. Furthermore, the typical time that it takes for a home to sell has dropped from more than 50 days in 2010 to less than 20 in 2017. If a seller were to put their home on the market today, they could expect it to sell quickly and for top dollar.

So why worry when, as alluded to earlier, this momentum has wiped out the backlog of foreclosures and cleared the pipeline of distressed mortgages? It has put many homeowners back above water with homes that are finally worth more than they owe on their loans. More importantly, it has created a significant amount of new wealth for families at perhaps once-in-a-lifetime borrowing costs, which is one of the key benefits of homeownership, in addition to providing a roof over their heads.The problem lies in the fact that the strength of the good news for home sellers, represents an equally weighty set of headwinds for potential home buyers. A more competitive market, where homes sit for just a few weeks before selling and sell for at or above asking prices, means that potential buyers need to offer more for the same home, be ready to move quickly when homes come on the market, and as a result, prices are growing at an accelerated rate.Unfortunately, this rapid growth in home prices has far outstripped growth in incomes. Looking at trends in incomes and home prices over the past three decades, it becomes clear that prices have begun to de-couple from incomes again. California’s median household earns roughly double what it did in 1990. However, the median single-family home now costs almost triple what it used to 30 years ago. Incomes simply have not kept pace this cycle.

The Housing Affordability Index, which measures the percentage of households that can afford the median-priced home, has already dipped to 28%—meaning that 72% cannot afford the median-priced home. And, the sheer level of home prices represents a daunting obstacle for renters to make the leap to homeownership. At $541,000, a 20% down payment equates to almost $110,000. The Commerce Bureau reports that the typical savings rate is just 3% of gross income and 10-year bond yields are running at just2.2%. With those savings patterns, it would take the typical family almost 35 years to save up that much when it used to take less than 10.

It’s true that price-to-income ratios are high. It is also true that, after adjusting for housing costs, California has the worst poverty in the nation. California ranks 49 of 50 for the highest housing costs for homeowners as a percentage of income and we also rank 49 of 50 for rent burdened households. To be clear, housing in California is certainly unaffordable by relative or historical standards, but that does not necessarily mean we are at a tipping point either. Interest rates are still keeping us in the game at the moment, and may be our only saving grace. The average contract rate for a 30-year, fixed-rate mortgage remained below 3.9% through the third quarter of 2017. That is actually down from 2013, 2014, and 2015, and only slightly above where rates were in 2016. That has a significant impact on the question of whether home prices are sustainable. After all, it isn’t necessarily the level of debt that matters, but the cost of servicing that debt that can tip a borrower into default or foreclosure.

Interest rates have largely staved off a deeper pullback in the market and reined in otherwise rising costs of homeownership thus far. However, higher levels of interest rates will have a dramatic effect on affordability if and when they begin to rise. The Federal Reserve has already raised interest rates several times in the past year, and with inflation firming, the outlook for higher rates remains much more likely than the prospects of returning to 3.5% mortgages. If and when 30-year, fixed-rate loans do begin to rise,it will compound the impacts of rising home prices and put downward pressure on demand for homes.

Source: California Association of Realtors, The “B” Word.