Foreign Buyers In The US Market Are Changing 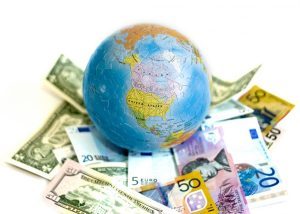 Many countries’ residents have their eye on the US. After all, that is how our country was formed. We’re a melting pot of all nationalities. While Chinese buyers have made up the majority of the foreign money entering our housing market, that tide is about to shift. China has tightened restrictions on how much capital residents can spend outside the country causing some markets to see a drastic decrease in Chinese buyers. Between April 2016 and March 2017, Chinese buyers spent $31.7 billion in US residential real estate!

While we won’t be seeing numbers like that from the Chinese per say, other countries will be filling that void. We’re now seeing more buyers coming from Taiwan, Vietnam, and Thailand and investors from Dubai, Kuwait, Georgia, and Turkey. People are realizing the stability and security of the US real estate market now more than ever before and that is attracting a lot of foreign investors and buyers alike.

Luxury multi-units going up in Los Angeles see a large number of foreign buyers like the Four Seasons Private Residences project in Beverly Hills that expects more than 70 percent of its buyers to be foreign. Southern California specifically is seeing an increased number of buyers from Great Britain as well.

As the foreign buyer group changes, US-based real estate still continues to expand as international buyers are branching out to places like Miami or other areas just beyond the beaches or downtown areas. Foreign buyers make up a significant part of the luxury market in the US and we can expect to see that continue to increase as the pool of buyers broadens.