Mixed Use Zoning May Be The Future Of CA 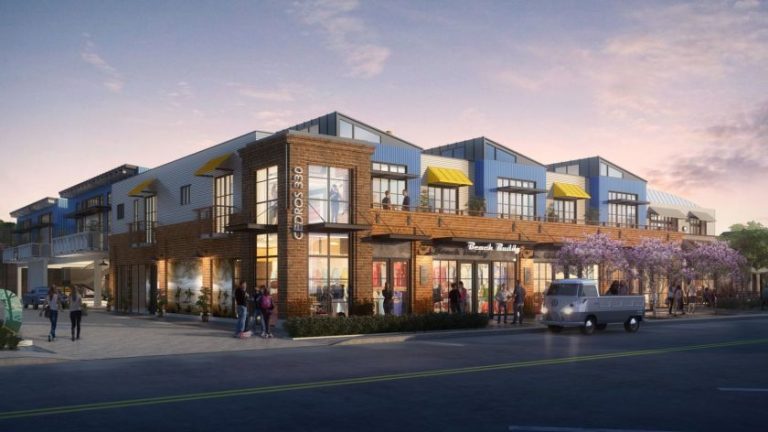 In 2010 Fannie Mae And FHA began underwriting and approving loans for mixed use residential (condos) and commercial development. The problem was cities were having none of it. Now, cities are beginning to change as a way of combating climate change, reducing residents’ commutes, and maximizing land and tax revenues. San Diego has become benchmark for the California mixed use blueprint.

The San Diego City Council approved new zoning policies July 30, allowing developers to more quickly and cheaply build large mixed-use projects featuring dense housing blended with commercial and industrial uses. The zoning would encourage more mega-block developments, which doesn’t have a traditional street grid and includes dense housing plus retail and industrial uses. Although the changes are geared for certain areas, they will apply citywide and allow developers to explore projects in all San Diego neighborhoods.

The changes build on city efforts to address the housing crisis, including legislation approved last spring wiping out parking requirements for new condo and apartment complexes in neighborhoods near mass transit. The council is scheduled in August, to consider a new inclusionary housing policy encouraging construction of more low-income units, and a new incentive to encourage developers to build more housing for moderate-income residents.

San Diego has long allowed mixed-use projects, but developers have had to seek special approval for the projects because they don’t adhere to the city’s existing zoning regulations. The new policies would make mixed-use a sixth type of zone in the city, joining agriculture, open space, residential, commercial and industrial. Property owners would need city approval to switch their zoning to mixed-use, but approvals after that would be streamlined and much more efficient than under current policies, city officials said.

“This is a good idea that’s been a long time coming,” Councilman Scott Sherman said of the new mixed-use zoning policies. Councilwoman Vivian Moreno said streamlining the approval process, which often takes 18 months and costs thousands of dollars, is the right move for the city. She said it’s especially appealing that the mixed-use communities will be walkable.

The policies encourage developers to build smaller, more affordable housing by calculating project densities in a new way called floor area ratio. Instead of allowing a certain number of units per acre, the city would allow a certain amount of square feet of housing per acre.

Are you looking in San Diego or Orange County, we can help YOU! That’s right, we specialize in both OC and SD housing markets. With hundreds of home sales to our credit in both counties, averaging our buyers 6% savings on the value of the home, we know what it takes to find the right home at the best price.