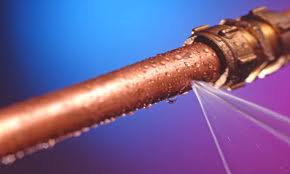 But just like anywhere else, there are a few unique challenges to owning a home in south county; specifically in regards to the plumbing. If you haven’t heard about this particular plumbing issue facing south Orange County home owners, let me bring you up to speed.

For the past few years, south Orange County home owners from Newport Coast to San Clemente have been plagued by leaky copper pipes. The severity of the leaks varies, from major slab leaks, to pinhole leaks. In any case, both can cause major damage and trigger the growth of toxic mold.

Slab and pinhole leaks have been especially prevalent in south Orange County for the past 10-15 years, but there seems to be a spike in the number of people experiencing issues with their pipes in the past 5-7 years. All property types have been affected, whether they be single family homes, condominiums, townhomes, or apartment buildings 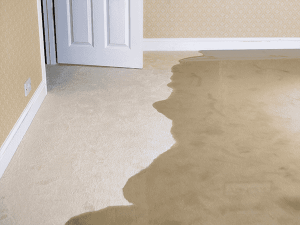 The cause of these leaks seems to be chloramines – a combination of chlorine and ammonia, that is added by local water districts to sanitize the water supply. Chloramines are safe for human consumption, but their chemical composition also erodes copper pipes.

Lawsuits claiming damages against the water districts and various home buildings have been filed over the years, but most of those cases have been thrown out. Most judges have ruled that the water districts are just following the standards of the United States Environmental Protection Agency at the federal level, but a few HOA’s have been successful in arriving at settlements with the original developers of their respective projects.

So what is a home owner to do? And what can prospective south county home buyers do to protect themselves from costly repairs? The two most common solutions available are the same for both single-family homes and condominium/townhomes owners.

One solution is to line the existing pipes with a polyurethane/epoxy (plastic) coating. The liquid coating is sprayed inside the pipe, which then dries, sealing any pinhole leaks. The coating acts as a barrier between the corrosive water and the copper pipe. This is the least invasive remedy, as the pipes in the home will only need to be completely vacated of water to begin treatment. But depending on the level of corrosion and galvanization in the pipes, a uniform seal is not always possible, and problems may arise again in the future.

The second solution is to completely repipe the dwelling. This means opening up walls or ceilings, removing old pipe, placing the new pipe, patching, resealing, and repainting. This solution is obviously much more invasive, but is considered to be a better fix than by simply relining the existing pipes for two primary reasons:

The most commonly used material for repiping is known as PEX pipe. Most manufacturers offer a 25-year warranty on PEX, and is considered to be reliable up to approximately 40 years. 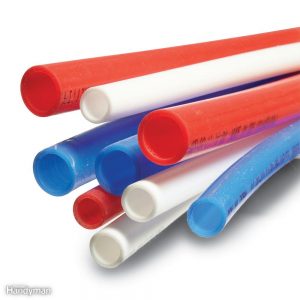 As a single-family home owner, you’ll need to compare prices and weigh the overall value of repiping versus coating. For a single-family residence, I’ve heard of estimates between $7,000 and $15,000 for both options depending on the size of the home. In some cases, repiping is actually less expensive than epoxy coating, but requires much more time and labor, plus the home will need to be vacated while the work is being done.

For condominium or townhome owners, things become a little more sticky. Because of shared ownership, any major repair such as repipe or coating needs to be approved by a majority, often a 2/3 majority, of all the homeowners in the complex.

Because of the high threshold of votes required to pass any major initiatives like a repipe, it can sometimes be very difficult to get a vote passed – especially in HOA developments with a high level of non-owner occupied residents.

I can speak from personal experience on this one.

Our neighborhood in Laguna Niguel has a large number of non-owner occupied residents (approximately 40%), and there are many absentee landlords. This makes it very difficult to spread the word about the repipe vote, and as a result, we’ve had 4-5 ballots cast that failed to reach a quorum.

In my condominium complex, we have been trying to get a repipe vote passed for almost two years. Our annual expenses pertaining to pinhole and slab leaks have approximately totaled $250k, and our reserves are being rapidly drained. As a result, our dues have increased at least 20% annually every year for the last four years, from $270/month when we moved in, to $411. As of the time I’m writing this post, it looks like we will finally have enough votes to pass the repipe initiative. But as a result, our high dues and looming increases is suppressing our property values by about 10%. My hope is that will rapidly change once the repipe vote passes.

Case and point – By far, the biggest driver of future HOA due increases in south county will be because of pinhole and slab leaks.

What To Do As A Potential Home Buyer

For whatever type of dwelling you decide to purchase, any known plumbing issues will be disclosed during escrow. However, just because there’s no problem today doesn’t mean there won’t be one tomorrow.

A home inspection won’t reveal any potential issues with your pipes. That’s why I recommend attaching a video line pipe inspection as an addition to the standard home inspection. A quality professional will be able to tell right away whether the pipes show any sign of corrosion, which may affect your offered price or decision to purchase the property.

For condominium or town home buyers, I also recommend a video line pipe inspection as part of the standard home inspection. Also, I recommend that a prospective buyer call the office of the HOA and ask the following questions:

Have there been any issues with slab or pinhole leaks in the past?

If so, what has been done to remedy those issues?

If any repairs have been done, are they expected to prevent any future leaks?

What were the HOA dues for the last 5 years annually?

What has been the biggest driver of any due increases?

Does the HOA foresee any due increases or special assessments?

With the proper due diligence, home buyers can avoid very costly repairs and potential loss to their equity by mitigating the risk of any future issues.

If you have any questions, please feel free to reach out by phone or email any time.

For more reading on the subject, please see the following articles: