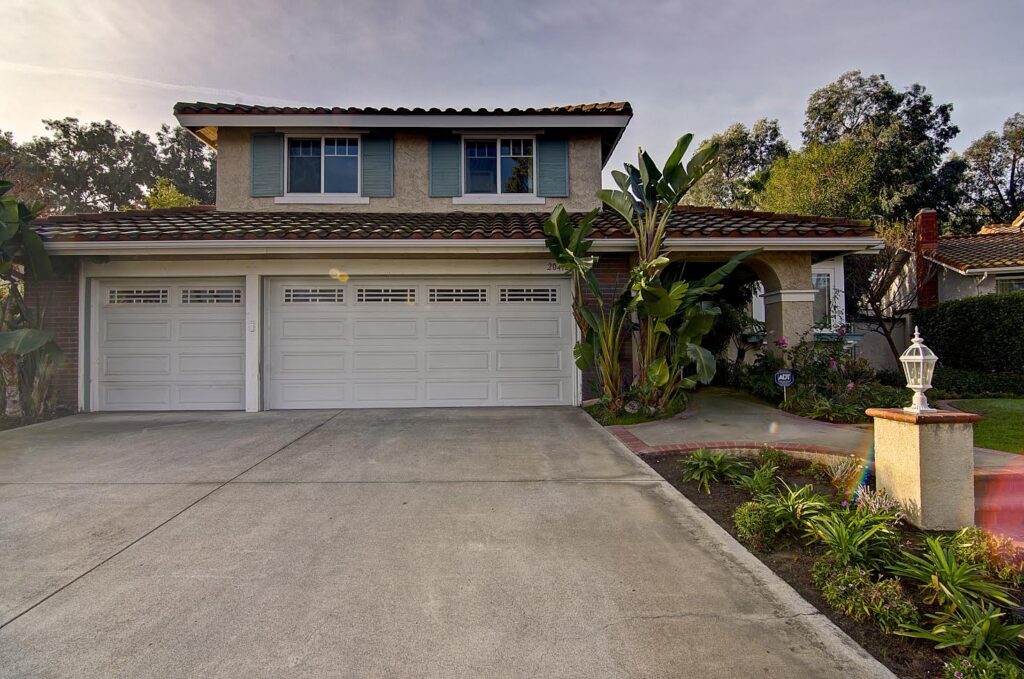 We signed a listing in the beautiful East Lake Village neighborhood in Yorba Linda late last year, which we closed at the end of February. My apologies for the delayed posting of the recap surrounding that sale, but better late than never!

For those not familiar with East Lake Village, the neighborhood is right off the 91 in Yorba Linda, between Fairmont and Yorba Linda Blvd. The community is situated on a 20+ acre man-made lake with horse trails, tennis courts, two swimming pools, a community fitness center, and volleyball courts as some of the amenities. The neighborhood is comprised of single-family homes priced from the low $700k’s to approximately $1.5 million.

We were referred to the sellers through my wife, who is their kids’ 6th grade teacher. We met with the sellers towards the beginning of December, who decided they wanted to list their home and take advantage of traffic from the boat parade, which is held on the lake two weeks before Christmas every year. Their home was a beautiful 4 bedrooms, 3 bath, 2,620 square feet on a 9,840 square foot lot with an upgraded kitchen and living room area. They had spoken to a few other agents who had encouraged them to list their home for the low $900,000’s, mostly because that’s what Zillow’s Zestimate tool was telling them their home was worth. However, there was a home on Via Marwah that had sold for just over a million dollars a few months before, and they were interested in what we thought about listing their home for a higher price, perhaps close to a million, in light of that recent sale.

Whenever we meet with a client, we always prepare a hardbound CMA (Comparative Market Analysis), which details market trends and recent sales in the neighborhood. Based on that information, a general range of list prices is suggested, but we never tell anyone what to list their home for. As a matter of fact, agents aren’t supposed to tell their clients what to list their home for, or what to offer if they are assisting a buyer. Instead, we asked the sellers what price they would want for their home, which they indicated was closer to a million dollars. We then laid out our distinctive strategy that we use to sell homes above market price, and pointed to many different examples all throughout Orange County where we had significantly outperformed the market. Upon hearing about our strategies, the sellers of course had questions. After all, they had not heard of this type approach before, but were very impressed by our track record of beating the market in terms of sales prices.

The next day, I got the call saying we got the listing, and we decided to go on the market at $975,000. Activity was a little slow for the first 20-30 days, given the holidays. But after the new year, traffic started to pick up and we received an all-cash offer in the middle of January. After a few days of negotiations, we settled on a final price of $955,000. With a 20-day escrow, we moved quickly to close, but the escrow was smooth and seamless with no major complications. We went from listed to closed in 55 days, which is 11% faster than the average 4/3 home in East Lake, it sold for 2.5% above the median price for 4/3’s in East Lake, and it sold for 10.5% higher per square foot than the average 4/3 East Lake home.

By the seller’s own admission, had they listed with another agent, they would have easily lost out on $50k from the sales price. At the end of the day, it’s all about the strategies and tactics that a Realtor employs to sell your home, and yet again, our systems delighted another satisfied client.