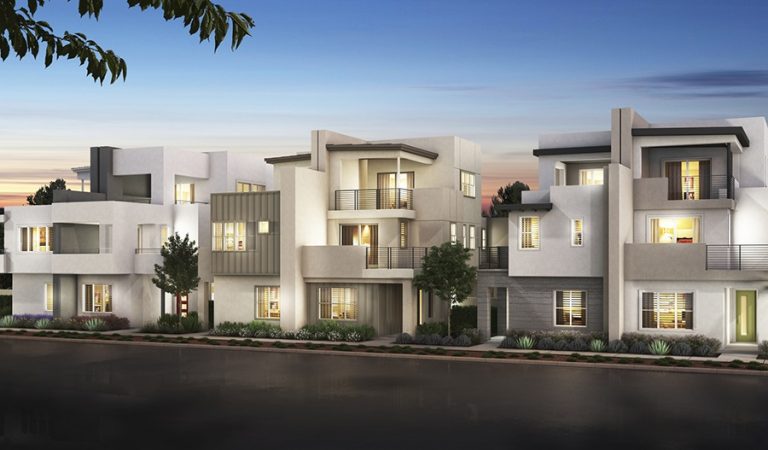 Talk of market change has been buzzing for a few months now. Some say all the talk is cheap, but others (including industry professionals) are saying wake up and smell the coffee. It’s no secret the real estate market in Southern California has been undergoing some change. Rest assured, change is not a bad thing. A transitioning market is still a healthy market. We are by no means in a slump or teetering on a recession, at least not in the housing market. However, we have seen a dramatic change over the last year and a half which has consisted of price reductions, lower interest rates, and more days on market. Now builders, swamped with unsold homes, have cut down their construction to a 3-year low.

Want a gage of where our housing market is at? Look at some of the leaders. Developers are always going to reflect these changes because, without buyers, there’s no money to continue funding new developments. The volume of unsold, finished homes is up 22 percent in a year while construction was slashed 18 percent. Stuck with the largest supply of unsold homes in seven years, construction is at its slowest pace in Southern California since 2016. First quarter data from MetroStudy shows there were 3750 unsold homes in four Southern California counties, the largest inventory of unsold units since the first quarter of 2012, up 37 percent versus a five-year average.

What are their challenges and what does this say about the market?

First off, builders were too optimistic in the light of a “hot” real estate market and bet too heavily on the upscale market in particular. The luxury market took a hit the many foreign buyers pulling back, mainly Chinese. Not to mention, there has been a surge in existing homes for sale, broadening the options for buyers. The four county region had 35,491 listings as of May 2019, 6373 more than a year ago.

In Orange County specifically, there are 1108 finished homes for sale, up 32 percent in the last year and up 85 percent versus the five-year average. The number of units under construction came in at 1982, down 33 percent since last year and down 17 percent versus the five-year average. OC new home sales fell 37 percent to 706 units.

What about the metro areas where new build sales may still be strong?

Los Angeles county has 935 finished homes that remain unsold, only up 5 percent from last year and 19 percent versus the five-year average. Its 4231 units under construction is only down 2 percent in the last year and up 20 percent versus the five-year average. LA new home sales only fell slightly less compared to Orange County, down 32 percent to 615 units.

Considering buying a new home? Maybe you’re unsure of what you want and need some guidance. We not only have a deep knowledge of the market, new and resale, but we have 5 distinct strategies to offer you to help you in identifying the right property without overpaying. Yes, we’ll even SAVE you money in the process (potentially upwards of $20,000)!