Who Are We Seeing Buying Homes 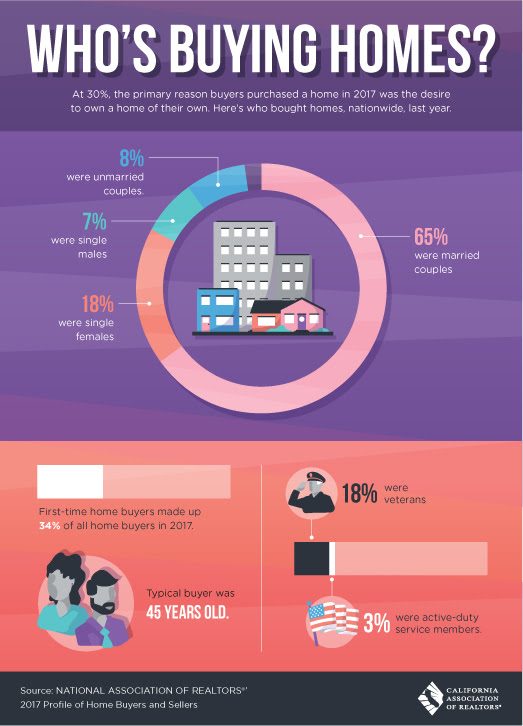 The primary reason buyers purchased a home in 2017 was for the sense of ownership. While some traded up or down, many purchased simply for the sake of owning their own home. In fact, 34 percent of those who bought in 2017 were first time homebuyers.

The average age of the 2017 buyer was 45, telling us that though many were first time homebuyers, we still aren’t seeing a surge in Millennial buyers just yet.

18 percent of buyers were veterans and 3 percent were active service members.